Be prepared to stop vehicular violence 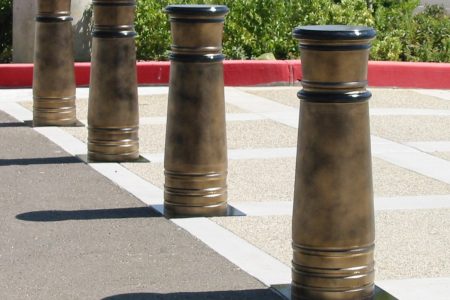 While many things have changed due to the worldwide COVID-19 pandemic, some things still remain the same. The threats of vehicular violence are still present even though collisions have become less frequent and traffic, in general, is at a significant low. Preparing for such instances remains a high priority and those institutions that take preemptive action stand to prevent major incidents before they start.

Half of the battle against aggressors perpetrating a vehicle attack is pre-planning. Establishing a comprehensive security system before an attack takes place ensures that staff and police are prepared for almost any eventuality. However, constructing or modifying an area to be highly secure without looking like a fortress is a challenge every architect faces, especially in locales where looks mean everything.

As seclusion across the world begins to wind down, it is inevitable that road traffic will see an upswing. More cars on the streets mean it’s more difficult to spot anger as it approaches, especially in the locations where vehicles enter facilities. The most obvious of these is the main gate, which usually has at least a barricade of some form to prevent access. Taking additional measures makes these areas even more secure against an incoming attack.

Terrorists typically look for soft targets that will have the most impact. For vehicular attacks, that means places where there are a lot of people that can be easily accessed by incoming traffic. While strong fences and moats are effective at stopping vehicles in their tracks, their formidable tone is hardly suitable for every situation. The resolution is to choose security remedies that are both visually appealing or unnoticeable while providing the stopping power necessary to prevent attacks.

For instance, on May 22, 2020, an armed assailant attempted to drive through entryway gates at the Naval Air Station-Corpus Christi. This had been the third attack at this location in the past 15 months. Again, this time, the suspect was stopped almost instantaneously. A wounded sailor, a security team member, managed to raise a

barricade despite her injuries. The shooter, the would be trespasser, died in the incident, which could have been made much worse had the station not taken appropriate measures to keep intruders at bay.

At this location, the totally self-contained Delta Scientific MP5000 mobile deployable vehicle crash barriers guarding that base carries an ASTM rating as high as M50, able to stop and disable a 15,000 lb (66.7 kN) G.V.W. vehicle moving at 50 mph (80.4 kph). The barricade tows into position to control vehicle access within 15 minutes. No excavation or sub-surface preparation is required. Once positioned, the mobile barricades unpack themselves by using hydraulics to raise and lower the barriers off their wheels. DC-powered pumps will then raise or lower the barriers. To remove, procedures are reversed and the barriers are towed away. 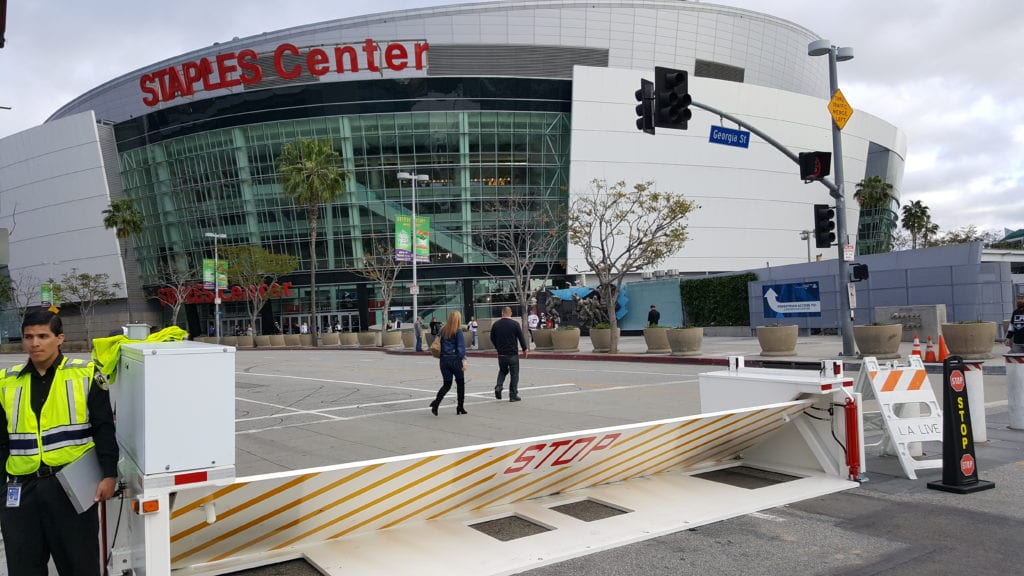 A Warning They Can See

Since areas in larger cities and on school grounds tend to require more foot traffic than in more private locales, there is little in the way of security tradeoffs.

Installing rising barricades such as shallow mount wedge systems are an excellent solution. These devices allow architects to create a vehicular entryway that lies flat and almost out of sight when not in use and rises into position at a moment’s notice. Visually, they are not as intimidating as gates and have even more stopping power with their certified ratings.

Surface mounted wedge barricades feature quick installation into difficult locations such as parking structure ramps or areas with sub-surface drainage problems. These barricades are lowered to allow passage of authorized vehicles and are available in widths up to 240 inches. They are crash rated, providing a high security vehicle access control system for parking structures and lots.

Let’s look at such a barrier in more detail. These barriers have crash ratings up to the M50 level. They will stop a 15,000 pound truck going 50 mph. They typically come in two versions, surface mounted for parking ramps and shallow mounted for places with as little as 11 inches of foundation space available. With the surface mount version, the barrier components are lag bolted in place to existing concrete surfaces. These units are considered ‘plug and play’ and can be installed very quickly.

Many designers are turning to bollards as an alternative to fencing. While this does little to stop pedestrian traffic, they are quite effective at stopping vehicular incursions. When no vehicles will ever enter, select fixed bollards. For those locations where vehicular traffic is uncommon, except for maintenance and delivery personnel, a retractable bollard typically provides the best solution. More temporary countermeasures may take the form of a portable bollard with an individual stopping power of over 400,000 fool pounds of kinetic energy.

Bollard systems operate individually or in groups up to ten. Individual bollards are up to 12.75 inches in diameter, up to 35 inches high and are usually mounted on 3-5 foot centers. Hydraulic versions can be operated by a variety of control systems. Manual versions are counter balanced and lock in the up or down position. All models are crash rated and lower to allow passage of authorized vehicles.

With bollards you can create the look you want. Ranging from faceted, fluted, tapered, rings and ripples, colors, pillars, to shields, emblems and logos, bollards are aesthetically pleasing and versatile. You can specify ornamental steel trim attached directly to the bollard, or select cast aluminum sleeves, which slip right over the crash tube. Bollards can be galvanized for corrosion resistance, fitted with an internal warning light for increased visibility and engineered to suit high traffic volume. If damaged, simply slip off the old and slip on the new.

When looking for a bollard solution, you choose the level of security you need. From protecting a headquarters to a warehouse or even a parked tanker, you can find a bollard system that will meet your needs. 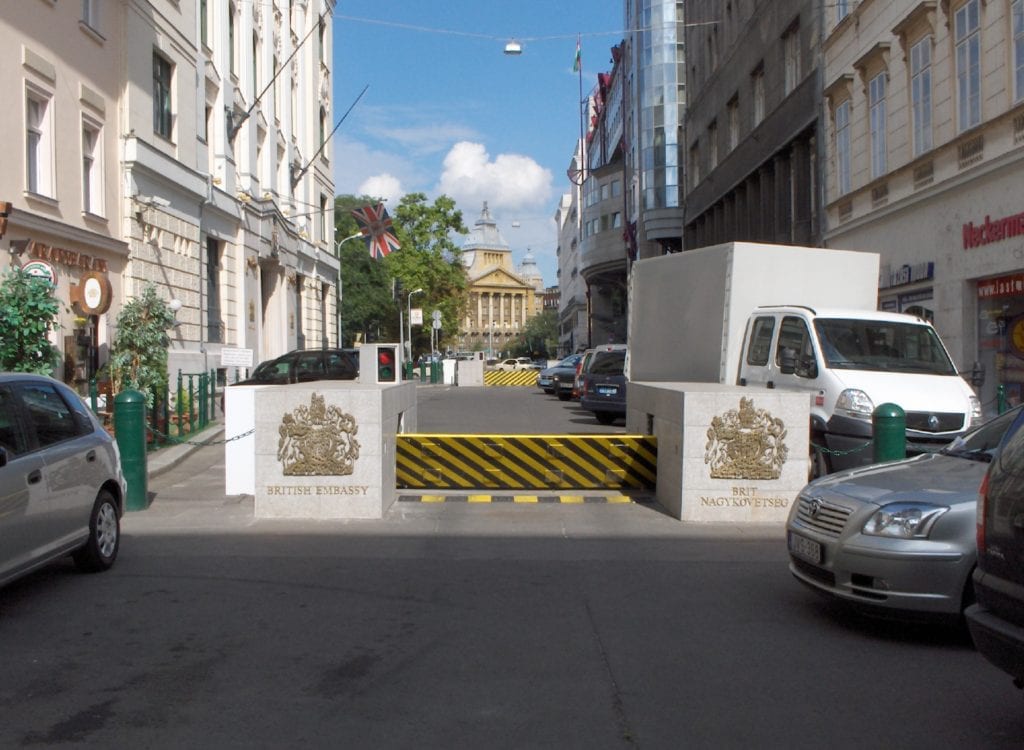 What has been learned in Corpus Christi and thousands of other locations is that it is a lot easier to defend an area that is dedicated to the entrance and exit of vehicles and pedestrians. Highly visible permanent solutions can be installed even after initial construction has begun. There are, however, secondary and equally tempting targets available to potential assailants.

For instance, what about locations that are designated pedestrian zones like large walkways or campus squares, which often prohibit cars and trucks? Usually, these areas still need ways to allow maintenance vehicles access which can also be seen as a potential point of entry to those with bad intentions. Other areas of concern include places that are traditionally vehicle-only but traffic must be rerouted to accommodate for an increased pedestrian presence, such as a concert hall, or even an outdoor venue, during a popular and sold-out performance.

Again, the easiest way to keep all of these areas secure is through proper planning. As with the Texas military station, having a comprehensive means of stopping incoming traffic ensures that primary access points can remain safe. M-rated vehicle barriers remain safely lowered until needed to stop an attacking vehicle, providing the stopping power that helps keep unwanted visitors out.

Having an effective protection plan is the best way to keep pedestrians safe from vehicular attacks. Make your current and future facilities secure and always be prepared!