How the pandemic has affected passports in the US 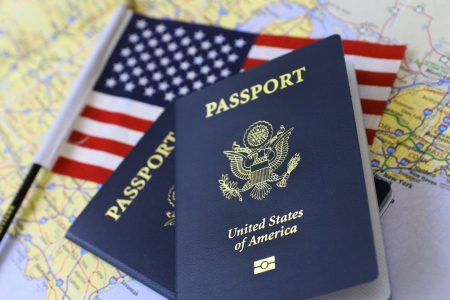 This article will look at how the pandemic has affected passports, global entry, T.S.A. PreCheck and more as travel is gradually returning

After three months of travel at a near-standstill, restrictions are slowly lifting and travelers are venturing out again. On Sunday, the Transportation Security Administration screened more than 544,000 people, a daily record since traveler numbers plummeted in late March.

However, disruptions caused by the pandemic go beyond just airports and travel bans.

Nearly two million Americans in need of passports are facing severe delays because of processing center closures. People applying for security-expediting services like T.S.A. PreCheck or Global Entry may have had their interviews canceled for similar reasons.

Here’s what to expect when applying for travel documents and membership in security-expediting programs.

Can I apply for or renew a U.S. passport now?

Fourteen passport processing centers have reopened for limited service as of Monday, June 15. Pending applications will be addressed on a first in, first out basis, beginning with the oldest applications received — some going back as far as February.

Officials have said they hope to process about 200,000 applications each week, but that it could take up to eight weeks — before even starting on the new applications — to cut through the backlog.

That means if you’re applying for a passport now, you should expect delays of at least two months, if not three or more.

Unfortunately, expedited services, barring life-or-death circumstances, have been suspended until the final phase of reopening the passport offices (no timeline has been announced for this).

If you’re considering using the services of a private expediting company, remember that they charge additional fees and cannot help you get your passport faster than if you apply in person at a passport agency.

Can I apply for Global Entry? What if my membership is about to expire?

Global Entry is a program run by U.S. Customs and Border Protection that lets preapproved members skip customs lines when returning to the United States from abroad. For a $100 application fee, a Global Entry membership is good for five years and includes T.S.A. PreCheck. Global Entry is one of the C.B.P.’s Trusted Traveler Programs, which includes NEXUS, SENTRI and other expedited-entry programs.

Enrollment centers for Trusted Traveler Programs, including those that process Global Entry applications, have suspended operations until at least July 6. You can apply for conditional approval for Global Entry via the website, but will be unable to schedule an interview until after July 6.

Officials advise that the fastest way to get Global Entry now is to apply for conditional approval online and complete the enrollment process upon arrival from abroad at a participating airport. You won’t need to pre-schedule an interview for this.

Conditional approval can currently take between 15 days to more than five months. If you do decide to book an interview after July 6, know that demand will be high and there may be long wait times to get an appointment.

Global Entry applicants who are conditionally approved have a year to complete an interview for their enrollment. The C.B.P. recently extended this grace period to 485 days. Members who apply for renewal before their expiration is up will have an 18-month extension to their benefits, instead of the usual six months.

New Yorkers are still not eligible to apply for or renew Global Entry membership, because of a freeze by the Trump administration earlier this year.

What about T.S.A. PreCheck?

While T.S.A. PreCheck is included in Global Entry, it is $15 cheaper to get the membership on its own, and the application process is generally faster. Run by the Transportation Security Administration, PreCheck breezes you through airport security. You will not need to remove your shoes, belt or laptop. Membership costs $85 for five years.

Some enrollment centers have closed or modified their hours during the pandemic, although most are open. If your interview appointment is canceled, you’ll be notified and given a chance to rebook.

T.S.A. officials recommend making an appointment rather than walking into an enrollment center, so you can know ahead of time of any disruptions and so the center can manage social distancing.

Officials said the pandemic has not caused a backlog or delays in processing, and that the approval process should take about two to three weeks.

At some airports, PreCheck lanes may be temporarily closed because of low passenger numbers.

If you are a PreCheck member not making use of your membership because you’re not traveling, the T.S.A. isn’t currently offering refunds or extensions.

Should Clear members expect any disruptions?

Clear is a private company that allows its members to scan their fingerprints or irises at a designated pod to bypass ID-check lines and get to security screening faster.

At $179 a year, some members may feel they are not getting their money’s worth on a premium service while they can’t travel. To address this, Clear is offering a free three-month extension for current members and also allowing a three-month pause option.

There has been no disruption to processing memberships, which can be done on-the-spot at a designated Clear pod within participating airports, a Clear spokeswoman said.

Some Clear lanes may be temporarily closed at the discretion of the airports.

You’re not the only one wondering what this is. According to a 2019 survey, most Americans did not have or were confused about Real ID — even though it will soon be a mandatory document in order to pass through security for domestic flights.

As one response to the 9/11 terror attacks, Congress passed the Real ID Act in 2005. The act was intended to protect national security by establishing a federal standard for issuing driver’s licenses and I.D. cards. Basically, it was created to put a stop to the proliferation of fake I.D.s. Real ID-compliant driver’s licenses will be identified by a gold star in the top-right corner.

Because of the pandemic, the enforcement deadline of Oct. 1, 2020 was extended a year to Oct. 1, 2021. The virus is the latest setback in a long and troubled rollout.

Adding to the confusion is that states issue driver’s licenses, not the federal government. You will need to go to your state’s motor vehicles department to get a Real ID. As many D.M.V. offices throughout the country are currently closed or offering limited services during the pandemic, Real ID will be unavailable until in-person services have resumed in your state.