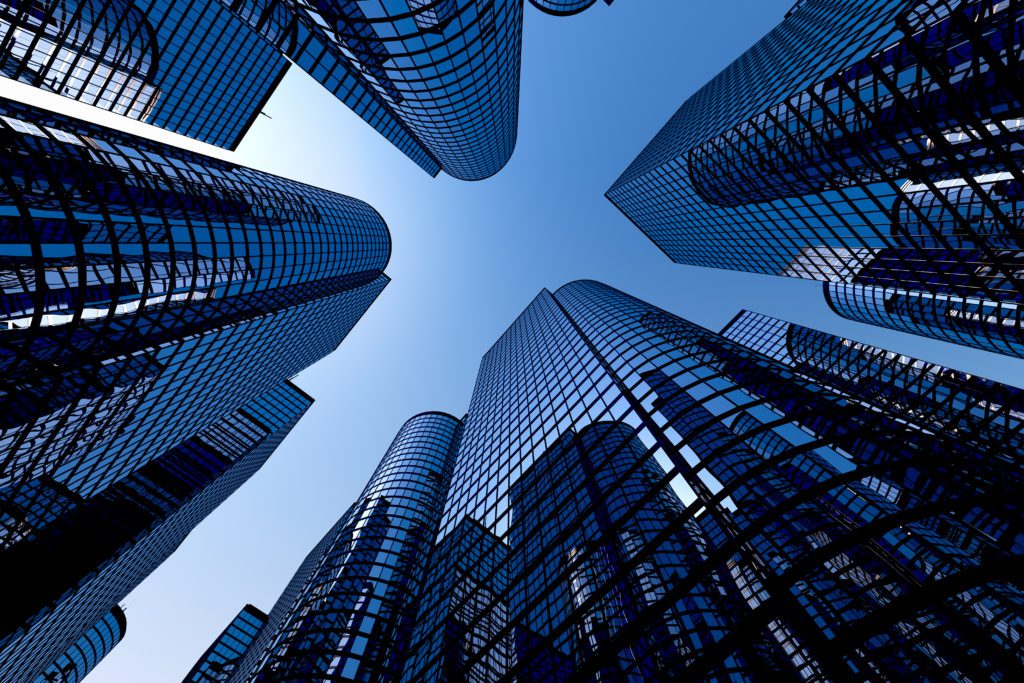 The security industry is the core for smart cities as a whole. Without security, AI, blockchain, cybersecurity, critical infrastructure, transport and more, would not be possible

Though the COVID-19 pandemic upended countless municipal planning efforts, many trends that were expected to transform smart cities in 2020 still managed to take shape: the micro mobility world saw consolidation, building electrification efforts took hold in California and car-free zones were certainly considered more widely — though not for reasons we had expected.

Still, the resilience shown by cities to pursue “smart city” efforts despite an unprecedented health crisis suggests even more growth will come in 2021. The Coronavirus plunged the world into digitalisation, forcing organisations and the government to implement remote access and smart technology to keep the city functioning. So what other smart city trends can we expect to see unfold in 2021? To establish a smart city, we must look at the wider picture. Although the security industry is greatly integrated into the smart city vision, with critical infrastructure, access control, public safety, transport safety and more, to achieve a smart city we must look at all aspects, farming, oceans, emergency services, organisations, government and energy.

The IDTechEx report, “Smart Cities Market 2021-2041: Energy, Food, Water, Materials, Transportation Forecasts”, explains, cities increasingly and massively depend on water technology as sea levels rise and for other reasons. The report identifies the need for focus on eliminating sewage systems by treating it where it is produced. Gone are thirsty, traditional agriculture systems, and their global supply chains.

Currently, cities are killing the sea that is increasingly near to them. Dead ocean areas are spreading. They do this with untreated sewage, salt from desalination plants, chemicals from factories, leisure activities, marine vessels and farm runoff of toxins and fertiliser. Instead, they must farm the sea and maintain biodiversity and create benign marine tourism and leisure activities. Methods of distributing salt from desalination without killing anything do now exist, but deployment is slow. We must secure the safety of our seas before focussing on the city and a sustainable future.

Cities will make all their own food, fresh water and electricity for reasons of empowerment, security and cost. That electricity-making is even pivoting to water with tidal turbines installed from Scotland to the Hudson River in New York and wave power, both being almost continuous and using almost none of the steel and concrete that produces 16% of global warming. Take a few hours to drop them in – not 10 years as for hydro dams. Part of the reason for water power is that there is less and less land for wind turbines and solar farms. Indeed, silicon solar works better cold, so it is migrating to sea or lake as floatavoltaics. New photovoltaic materials are even useful underwater and photovoltaic paint is on the way.

Leaders in tidal power such as Simec Atlantis and Verdant Power have more and more companies chasing them. You can say the same for wave power leaders such as Seabased, Wello and Eco Wave. Even ORPC RivGen horizontal axis water turbines are proving viable in shallow rivers, and they do not disturb fish. Most water power is virtually continuous – no massive batteries. So can every day companies benefit from water energy, the short answer is – yes.

Leisure and freight on water

Obviously, cities will focus more of their leisure industry and freight transport on the water. IDTechEx sees several ways that even large ships can become zero-emission when today they each pollute as much as millions of cars. At the other extreme, Swiss Seabubble aquaplaning water taxis are zero-emission, charged by small river turbines under the landing platform. They are planned for Paris.

Today’s farming systems on land gulp water and boost global warming. They are replaced by vertical farming (see the IDTechEx report, “Vertical Farming 2020-2030”), solar greenhouses, hydroponics in buildings, aquaponics and saline agriculture in marshes as sea levels rise. Genetic agriculture will save water. Meat and milk will be grown in city laboratories and managing with 1% of the fresh water will become commonplace.

Soliculture greenhouses on rooftops and elsewhere are adopting smart glass that provides electricity for the robots as well as optimally growing the plants again with almost no water. Robotic food cultivation is integrated with human facilities in parts of China, saving space and water.

Fish farming and barley, samphire, seaweed and other vegetables growing in saline water is a done deal back to the ancient Sumerians, but it is necessarily broadening in scope as global warming and people moving to cities makes land even more scarce. The amazing thing is that there is a roadmap of many options to go even further. For example, aquaponics uses even less land than hydroponics and it costs less. This is growing fish and vegetables in one closed system, the fish excrement feeding the plants.

Some are planning turf that produces electricity as well as tapping and filtering rainwater for use. Xeriscaping is appearing in smart cities. It is the process of landscaping or gardening that reduces or eliminates the need for supplemental water from irrigation. It is promoted in regions that do not have accessible, plentiful, or reliable supplies of freshwater and is gaining acceptance in other regions as access to irrigation water is becoming limited. Xeriscaping is an alternative to various types of traditional gardening in necessarily frugal smart cities.

On the other hand, the trend to multi-purposing even extends to damp turf, vegetation and soil. Plant-e is a company that develops products that can generate electricity from living plants, and Harvard University has biofuel cells using such fuels.

Transport systems are reinvented for smart cities, and necessarily, Hyperloop shooting passengers from city to city by magnetic levitation in a vacuum and Boring Company Loop shooting autonomous cars at high speed across cities will increasingly be tubes in sea, lake or river for at least part of the way. That even saves money. Autonomous underwater vehicles are zero-emission and they monitor offshore wind turbines, sea-floor mining, fish stocks and more.

The largest challenge of the $0.5 trillion NEOM smart city in the Saudi Arabian desert is drinking water – all desalinated from the sea. The Bill Gates Belmont desert city in Arizona is nowhere near the sea, and the state gets its water from the Colorado River, which is drying up. By far its biggest challenge is water. It has to guarantee 100 years’ supply to be allowed to start. Arizona-based startup Zero Mass Water’s SOURCE photovoltaic panels make electricity but also use the sun’s rays to pull water from the air. Each panel has the potential to draw up to 10 liters (2.64 gallons) of water per day. That will help, but all the sources still leave that city with severe water conservation requirements.

Bill Gates has proven from his investments that the elimination of sewage distribution and treatment farms is coming when it is treated at the source. That saves huge amounts of water. One new toilet has an electrochemical reactor that can break down water and human waste into fertiliser for fields and hydrogen, which can be stored in hydrogen fuel cells as a green energy source. Even the little water used is treated enough to reuse for flushing or for irrigation.

The security industry is helping and contributing to the whole wider picture. Securing data, cybersecurity and advanced technology is a core theme of all aspects of the smart city landscape. We cannot power new energy methods and farming, improve transportation links and efficiency, help emergency services in our streets, or even protect businesses without the security industry. We must strive together to make a better future. In our October edition we discussed the possible short term trends relevant in the security smart cities section, but in this article we aim to demonstrate that there is so much more to smart cities, and security is prevalent in all aspects.

Teams based at S-Bahn’s ‘4S’ operational headquarters are now — via the latest developments in Synectics’ Synergy hybrid cloud software platform — able to connect, respond, and collaborate with passengers and staff on-board trains, at stations, and with field personnel working anywhere across the network.

The new capabilities, including an innovative mobile application, mark a revolutionary step forward in the way operational command, control and communications are carried out within urban rail environments.

The project, which went live as scheduled on 1 January, is the result of an innovative partnership between S-Bahn Berlin and Synectics. The two companies’ combined ambition has led to the development of a tailored system that delivers a positive customer experience both now and well into the upcoming decade.

Leveraging powerful tools to form custom API gateways, Synergy integrates to and interoperates with S-Bahn’s proprietary systems, as well as all third-party technologies, devices and communication solutions vital to passenger service, safety, and security. This is achieved in real time and continuously informed by sensor data obtained from integrated systems crucial to operating safe and efficient passenger services.

“It was with huge pleasure that we saw our first trains and Security and Service teams utilising the new Synergy system, especially given how challenging this last year has been. It really is a revolutionary step forward in our mission to deliver outstanding passenger service, while at the same time, making life much easier for our personnel through the advanced automation of operational processes.”

Greg Alcorn, Director, Global Sales & Customer Success at Synectics, said: “S-Bahn Berlin is viewed as a technological trail-blazer and we’ve thoroughly enjoyed working with such a well-organised team to deliver the first step in their truly inspirational vision for urban transport. Some of the software developments driven by this project will have long term implications for the sector. I have no doubt that there are new standards being set here for smart transport systems of the future.” 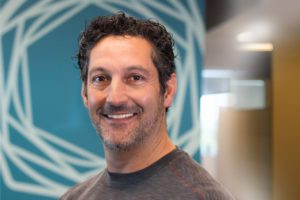 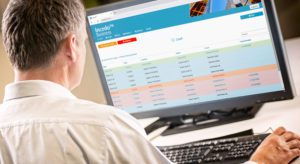 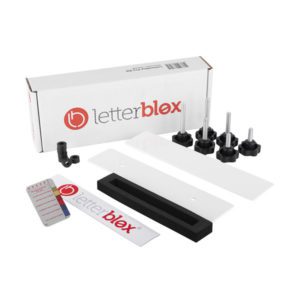 The Letterblox, a unique security solution 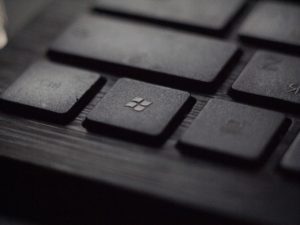 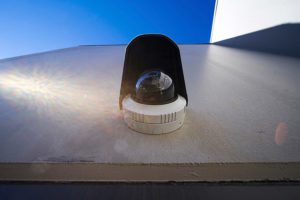