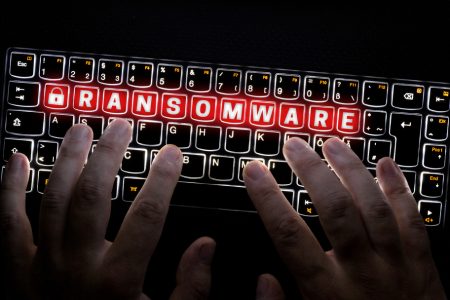 Sophos, next-generation cybersecurity, announced the findings of its global survey, “Cybersecurity: The Human Challenge”, which reveals that organisations are never the same after being hit by ransomware. In particular, the confidence of IT managers and their approach to battling cyberattacks differ significantly depending on whether or not their organisation has been attacked by ransomware.

For instance, IT managers at organisations hit by ransomware are nearly three times as likely to feel “significantly behind” when it comes to understanding cyberthreats, compared to their peers in organisations that were unaffected (17% versus 6%).

More than one third (35%) of ransomware victims said that recruiting and retaining skilled IT security professionals was their single biggest challenge when it comes to cybersecurity, compared with just 19% of those who hadn’t been hit.

When it comes to security focus, the survey found that ransomware victims spend proportionally less time on threat prevention (42.6%) and more time on response (27%) compared to those who haven’t been hit (49% and 22% respectively), diverting resources towards dealing with incidents rather than stopping them in the first place.

“The difference in resource priorities could indicate that ransomware victims have more incidents to deal with overall. However, it could equally indicate that they are more alert to the complex, multi-stage nature of advanced attacks and therefore put greater resource into detecting and responding to the tell-tale signs that an attack is imminent,” said Chester Wisniewski, principal research scientist at Sophos.

The fact that ransomware attackers continue to evolve their tactics, techniques and procedures (TTPs) contributes to pressure on IT security teams, as evidenced by SophosLabs Uncut’s article, “Inside a New Ryuk Ransomware Attack”. The article deconstructs a recent attack involving Ryuk ransomware. Sophos incident responders found that the Ryuk attackers used updated versions of widely available and legitimate tools to compromise a targeted network and deploy ransomware. Unusually, the attack progressed at great speed – within three and a half hours of an employee opening a malicious phishing email attachment, the attackers were already actively conducting network reconnaissance. Within 24 hours, the attackers had access to a domain controller and were preparing to launch Ryuk.

“Our investigation of the recent Ryuk ransomware attack highlights what defenders are up against. IT security teams need to be on full alert 24 hours a day, seven days a week and have a full grasp of

the latest threat intelligence on attacker tools and behaviors. The survey findings illustrate clearly the impact of these near-impossible demands. Among other things, those hit by ransomware were found to have severely undermined confidence in their own cyberthreat awareness. However, their ransomware experiences also appear to have given them a greater appreciation of the importance of skilled cybersecurity professionals, as well as a sense of urgency about introducing human-led threat hunting to better understand and identify the latest attacker behavior,” said Wisniewski. “Whatever the reasons, it is clear that when it comes to security, an organization is never the same again after being hit by ransomware.” The full report, “Inside a New Ryuk Ransomware Attack”, is available on SophosLabs Uncut, where Sophos researchers regularly publish their latest research and breakthrough findings, such as Maze leveraging Ragnar Locker.