The changing face of IoT 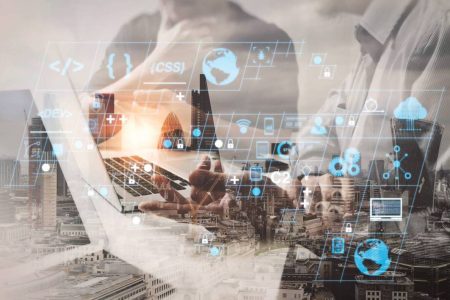 In this age of information and digitalisation, staying on top of the cyberspace and IoT news is default mode. Among the many, many uncountable digital developments, the evolution of Internet of Things (IoT) will certainly hold much interest. If you’re a hardwired digital convert, then you keep a sharp eye out for IoT trends every year (or every time IoT news drops).

IoT was the future back in 1999, it is what life largely is now, and it’s only going to become more connected as we move forward. Just to give you an idea, according to Statista, in 2020, there were 9.7 billion IoT-enabled devices. This is expected to inflate to a whopping 29 billion by 2030. So, if you’re a newbie in this space, or even a veteran, staying clued into what’s happening with IoT can only be useful. But before we dive into IoT trends, here’s a quick crash course on this smartest of digital transformations that will hopefully make life a whole lot easier.

IoT is used everywhere and its potential for further deployment is unknown. Its application is across the board from homes to healthcare to a plethora of industries. Home automation is a rich and fertile ground for IoT. It is the gift that keeps on giving. Then there’s the automobile industry where IoT has made its presence known, as well as wearables — heart rate monitors, sleep monitors, step monitors and their ilk, smart cities, and even agriculture. Things are moving online fast and it’s all we can do to stay apace. So, what does all this mean for the next year?

The world does not stop for anyone and that’s truer for the digital space. If you consider the yardstick of year-on-year growth to compare IoT trends, then it’s only getting bigger and bigger in 2023.

Over the last few years, there has been one overarching theme that has been present at every show, spoken about widely at conferences, and marketed for new innovations on the market. That is the convergence between cybersecurity and physical security. What this means for IoT is that it takes the Internet of Things and Artificial Intelligence to create this interoperability between two spectrums of the market.

It allows for an increasingly digital world to have more options when it comes to integrating multi layered systems into one solution, and not just from one manufacturer, but from a selection. This versatility means that organisations are now faced with a more secure solution to protect their premises.

Although this is a positive and more efficient way of security, one must also consider that having an IoT element to all security systems creates further vulnerability of cyberattacks. However, in an increasingly digital world, we cannot ignore the cyber elements. We are sure to see convergence continue to grow in the new year. This brings us on to our next prediction.

The IoT offers so many new lines of attack, many of which are hardly even being conceived off right now.

“Most companies have no idea what IoT systems are even connected to their corporate networks,” said Ashley Leonard, President and CEO of Syxsense. “This has huge security implications. A casino has already been hacked through an IoT thermometer in a fish tank.”

An increase in data

With the growth of connected IoT devices will come another major rise in data.

There is a debate ongoing as to where that data will reside. Some say almost all will stay at the edge. Others want a lot more of it sent to major data centres. Regardless, data must be secured. Even if it is only information concerning the location of a car for a few moments, anyone being lax on access to that data will catch serious privacy heat.

Whether data is at the edge, in the data centre, or in the cloud, all of it will have to be fully secured.

“We see a rise in edge computing devices that will reduce computer power in the IoT devices, but these will need to be managed and secured,” said Leonard. He made the point that the impact of IoT will be further magnified once 5G really gains traction.