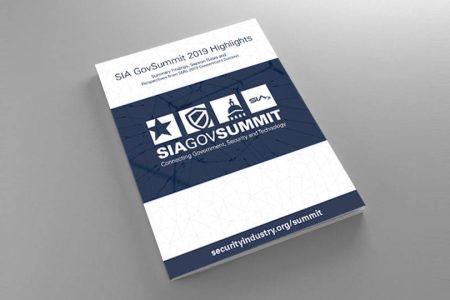 It will also feature previous Women in Biometrics Awards recipients as part of a panel on government security applications for advanced biometric technologies.
Nominations are now being accepted for the 2019 Women in Biometrics Awards, co-founded by the Security Industry Association (SIA) and SecureIDNews and co-presented with sponsors IDEMIA and SIA’s Women in Security Forum.

Winners of this year’s awards program will be recognized at the 2019 SIA GovSummit, held June 26-27 in Washington, DC The conference will also feature previous Women in Biometrics Awards recipients as part of a panel on government security applications for advanced biometric technologies.

“Biometric technologies – which play a key role in securing today’s physical and digital identities – are integral to the security industry and other areas like health care, law enforcement and air travel,” said SIA CEO Don Erickson. “Women in Biometrics Awards winners are innovative women helping create a more secure world through these technologies, and SIA looks forward to welcoming the next class of awardees to this elite group.”

The Women in Biometrics Awards recognize top female leaders in the biometric identity and security industry. Nominees and past winners include those working for biometric companies, peripheral suppliers, system integrators, academia, government and security and IT departments at a variety of organizations.

“Now in its fifth year, the Women in Biometrics Awards have grown to become an internationally-recognized program,” said Chris Corum, publisher of SecureIDNews. “Biometrics is an increasingly important component of modern identity and security programs, and female leaders continue to pave the way forward.”
Each nominee should exemplify one or more of the following contributions to the industry:

“The Women in Biometrics Awards have inspired a conversation about female leadership and the strength of diversity in the biometrics industry. The award, which is celebrating its fifth year, is providing more evidence of the significant professional and academic contributions women are making in the biometric technology fields,” said Teresa Wu, vice president, strategic marketing and product management for North America at IDEMIA. “Recognizing the accomplishments of female leaders motivates the next generation of women in technology.”
Nominations for the 2019 awards will be accepted until June 1; learn more and submit a nomination at womeninbiometrics.com.

SIA GovSummit, the annual government security conference held by SIA, brings together government security leaders and private industry technologists for top-quality information sharing and education on security topics affecting federal, state and even local agencies. GovSummit 2019 will be held at the Ronald Reagan Building and International Trade Center in Washington, DC Learn more about the 2019 conference – including the full agenda, key topics and speakers and hotel and travel information – and register at securityindustry.org/​summit.