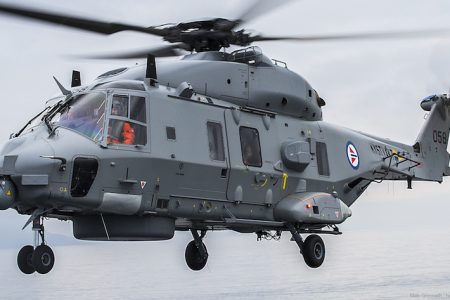 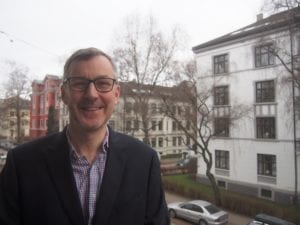 This contract award has seen a massive expansion for Nova Norway – ‘doubling the size of its Norwegian operation overnight’.

The NH90 is a medium-sized, twin-engine, multi-role military helicopter, developed in response to NATO requirements for a helicopter which had multiple capabilities. The NFH variant of the NH90 is being introduced to support its strategic requirement to effectively police and protect its territorial waters from current and future threats.

Primarily focussed on the development and introduction to service of the Anti-Submarine (NFH) variant of the helicopter, Nova is providing an expert team of operators, engineers and software specialists.

This is a new capability for the Royal Norwegian Air Force (RNoAF) and one in which Nova has unique experience in its staff drawn from both Norway and the UK.

Nova Systems Norway won the contract through an open and competitive tender process and work started this month.

The team of experts will work alongside both Royal Norwegian Air Force (RNoAF) and Royal Norwegian Navy (RNoN) personnel to provide deep specialist maritime helicopter expertise on the conduct of anti-submarine warfare activities and the supporting elements required to effectively operate, detect and track submarines when embarked.

Nova is providing on-site support to the RNoAF at the purpose-built helicopter operating facility at Haakonsvern Naval Base in Bergen, and the team will also deploy onboard the Fridtjof Nansen-class Frigates to deliver direct support for operational development activities.

Norway has operated the NH90 in the Search and Rescue (SAR) role for sometime and the country is now ready to expand its NH90 operation into the more demanding Anti-Submarine Warfare (ASW) environment.

Simon Sparkes, Nova Norway Chief Operating Officer, said: “This is an exciting, breakthrough moment for Nova in the Scandinavian defence market and one which is built on our core Nova test and evaluation offer in the region.

“This is a major expansion for Nova Norway, doubling our business overnight. We want to help build indigenous capability for Norway both in terms of operational delivery and procurement support structures.

“This contract it will serve to build on Nova’s success supporting the Norwegian AW101 Search and Rescue programme and it enables us to expand our in-country multinational Nova team.”