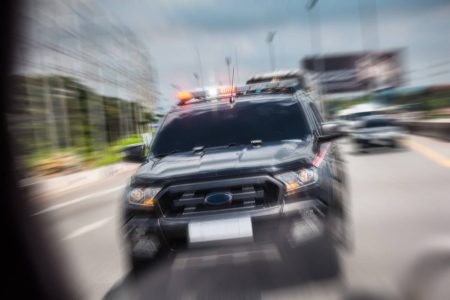 Videosoft Global, a leader in bandwidth-efficient video streaming, has announced a partnership with Cradlepoint, the global leader in cloud-delivered 5G and LTE wireless network edge solutions.

Videosoft’s Firelight Gateway software running on Cradlepoint routers dramatically reduces the cost of live streaming over 5G and LTE networks.  It is what security sector video expert Stewart McCone calls a ‘gamechanger’ for the industry.

Videosoft Global Firelight software is validated with Cradlepoint routers and can now offer ultra-low bandwidth streaming without the need for additional hardware.

Videosoft Firelight dramatically reduces the cost of live streaming using Cradlepoint routers on 4G and 5G networks. Due to its ability to stream in areas of low bandwidth, many applications, once deemed impossible or too expensive, are now open to Cradlepoint users. To access the benefits of Videosoft’s ultra-low bitrate software, Cradlepoint customers with R1700, R1900 or E3000 series routers can simply activate a Videosoft license.*

Over the last year, a team from Videosoft has worked closely and collaboratively alongside Cradlepoint technicians to bring the product to market.

“We instantly recognized that the introduction of our software on Cradlepoint’s routers was a barometer of change, bringing about a shift in the marketplace and a real game changer; something that I’d envisaged when I began working in the industry two decades ago.

“Previously, additional hardware was always needed to do video streaming. Now, by combining our software with existing comms hardware, Videosoft has opened up new Internet of Things (IoT) and video applications to many more users; the future is here today.”

Cellular networks do not always provide consistent bandwidth availability, resulting in dropped live video feeds, especially from moving vehicles. However, Videosoft’s FireLight technology continuously monitors the network’s health, and, as the bandwidth flexes, it automatically adjusts the amount required (up or down) to maintain a live stream at the optimal quality and low latency.

For McCone, this development proves that Videosoft provides solutions to industry problems other manufacturers can only dream of and which have not been available – until now.

The Cradlepoint/Videosoft Global partnership demonstrates a commitment to meet customer demands by delivering specialist Future Tech in hardware and software applications. It is also the latest confirmation of Videosoft Global’s position as the number one player in providing live video over low bandwidth networks, following a string of other international successes in the security, Satcom, 5G, and IoT sectors.

Among other significant industry achievements, Videosoft’s technology was recently selected and installed on the Mayflower Autonomous Ship (MAS) to help relay high-quality live footage throughout its groundbreaking crossing of the Atlantic. The AI-driven, uncrewed trimaran recently retraced the journey of the original Mayflower from the UK to the US. Videosoft Global’s technology captured footage from its six onboard cameras and transmitted it live to AI developers and research scientists, providing real-time feedback and visuals that proved critical during the mission.

*For customers who don’t have a R1700, R1900 or R3000 Cradlepoint router, Videosoft has other compatible hardware solutions. Customers can also upgrade by purchasing additional hardware to meet higher capacity demands.