LiDAR perimeter protection from the façade 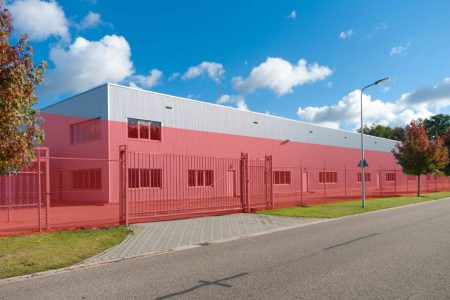 The initial step in securing a perimeter starts with a site assessment; the objective is to assess the vulnerabilities and identify the most suitable security technologies to mitigate them. Equally important at this stage is to consider the site layout and installation requirements, both from an infrastructure and cost perspective. 2D LiDARs have clear benefits that can help to overcome common challenges in perimeter security

There are many technologies available when it comes to protecting a perimeter and certainly, the site layout will be one key factor to determine the right intrusion detection solution. In many sites, such as where there are rocks or steep terrain, it is not possible or it is difficult to run wiring and install equipment right by the perimeter line. In certain cases, it is possible to run wiring from an installation perspective, but the challenge is the cost incurred by the number of devices and poles required to cover effectively the perimeter line.

An alternative approach is installing the equipment directly on the building, which avoids issues with wiring, however the challenge is then the quality of the detection coverage, as many technologies, such as AI and video analytics, may struggle to provide accurate detection of objects moving forward facing the camera, have a narrowed field of view which requires several cameras to be used and it would not be possible to set precise detection areas.

Finally there is the challenge of protecting a closed perimeter, where some technologies such as radar can generate noise and cluttering where the sensor coverage area points to a fence or other metallic objects.

The role and strengths of 2D LiDAR in perimeter security

2D LiDARs allow very precise detection above or at the base of fences. The detection and exclusion zones can be set much more precisely than with other technologies, for instance creating the sensor can detect the target jumping over a fence or wall, while allowing the pedestrian or vehicle traffic within the perimeter, hence not disrupting business operations.

Our long-range LiDAR REDSCAN Pro provides 100m and 190º field of view (FOV) allowing to cover a large area with just one sensor. It can, therefore, be installed in the building façade and pointing out to the fence line, secure a large side of the perimeter with just one or two sensors.

Within the detection area it allows to create different zones so it is possible to adjust to the different threat levels. A further advantage is that the sensor gathers the size of the target, the speed of movement and, subject to third-party integration, the exact X,Y coordinates of the intrusion. With this information, it gives the intelligence to the security system to trigger lights, voice alerts, direct video surveillance cameras and security teams to the right location of the intrusion.

REDSCAN sensors can detect reliably in any weather and lighting conditions and provide ultra-fast processing and judgement of the data to allow a faster response even for very fast-moving targets or in narrow spaces.

2D LiDARs have proved to be a very accurate and reliable intrusion detection technology, and when combined with other solutions, such as video surveillance or access control, it can enhance the perimeter security. Find out about REDSCAN integration with VMS/ PSIM platforms.