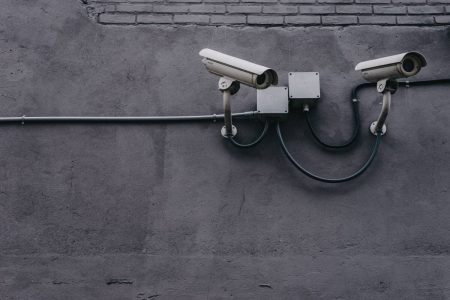 Between crime and cold weather, many commercial facilities develop vulnerabilities over the winter period, but door hardware can play a vital role in protecting property says Daniel May of Consort.

The temperature has dropped. The nights have drawn in. And many commercial properties now face a tough period of additional challenges. From drastically increased footfall and extended periods of closure to extreme weather conditions, the winter months invite a host of differentials that are seldom considered during the other three seasons of the year.

Throughout the holiday period, buildings and businesses are at a heightened security risk especially, and facility managers must look to prepare their property and its people. Theft is the most common type of misconduct experienced by commercial properties and according to a previous study from The National Office of Statistics, seasonal crime is an area of concern for many, where businesses have been found 22% more likely to encounter robberies between November and January.

Before facility managers can officially wind down for festive celebrations, it’s essential to address the key areas of vulnerability in a commercial property. And so, where accessibility, security and fire safety are core themes to consider, decision makers must use this time to review the multiple points of entry located around their premises while recognising the true impact of fully functional door hardware.

At the heart of any building’s operation is its access points, or more specifically, its doors. Designed to facilitate access and egress, doors – alongside external windows – also play a crucial role in the security infrastructure of a facility and should be regularly reviewed as part of ongoing risk assessments.

Rather unsurprisingly, it’s documented that 67% of burglars choose to enter a premises through a door, whereas 29% break-in through the windows. With this in mind, facility managers have a duty to assess the key access points in and around their building to further nullify the risks associated with security breaches. Leaving these areas compromised can paint a larger target on commercial properties – especially while the building is vacant during Christmas and potentially more prone to other criminal activity such as vandalism and arson attacks.

Some commercial facilities may benefit from the adoption of modernised access control systems, designed to add a further layer of security while aiding ease of movement around the building. Modern access control systems integrate digital locks and access credentials into a building’s security infrastructure to facilitate higher levels of control. Commonly adopted in hospitality and commercial settings with high footfall, these centralised solutions provide individuals with key card or mobile access identification and grants them admission to areas only when necessary. At the same time,  instant updates are delivered to facility managers via smartphone or digital device – allowing users to revoke access and keeping them informed of activity, even when they’re absent from the building.

Facility managers are also urged to conduct simple checks to their doors and windows ahead of business closure dates. Aside from confirming access points are closed and locked at the correct times by staff, there’s an onus on decision makers to review their hardware ahead of any temporary holiday shutdowns, ensuring its safe and fit for application. Consider a door’s locks and latches for example, where low quality, damaged and missing hardware will create vulnerable and easy to identify points of entry for opportunists as well as fire safety risks.

For access points, and for fire door’s specifically, British Standards recommend a building’s designated responsible person conducts regular visual checks of all locks, hinges, apertures, frames and leaves, alongside six-month periodic maintenance inspections. In some cases, insurance companies may insist on minimum security standards for locks, windows and the perimeter doors of a commercial building and so upon locating ineffective or inoperative hardware, reliable replacements – signified by third-party accreditations – should be identified and installed by a professional as soon as possible.

A drop in temperature can also have an adverse effect on the operation of a door and put stress on its ironmongery components. The wooden frames located around doors and windows for example, are especially susceptible to cold weather conditions and can occasionally expand and contract – leading to complications with insulation and more crucially, risking the integrity of access points.

Swelling and shrinking may alter door components and can leave gaps in mechanisms, generally disrupting its operation. When swollen, a door may damage its closing mechanism, leaving the latch to jam and making it more difficult to open and close – therefore presenting itself as a target for break-ins. Conversely, a shrunken door may leave unwanted gaps between itself and its hinges, potentially becoming a critical fire safety risk as a result of its inability to compartmentalise smoke and flames effectively. Generally, gaps around a door frame should read between 3 to 4mm, but should they show larger through winter, it’s important to seek advice from the manufacturer or a professional.

In more severe cases, door hardware can become frozen and may prompt users to force its operation. Over time, this type of damage can accumulate and leave ironmongery in a state of disrepair, disrupting business and leaving buildings susceptible to security breaches in the process. Loose screws located on locks or latches for example, can complicate the operation of doors and windows by causing them to rub or stick to the frame, and subsequently, should be tightened or replaced at first indication.

While it’s true that facility managers can’t control the external factors that arise with winter, it’s vital to act and undertake appropriate measures internally, and ahead of any Christmas closures. By conducting comprehensive risk assessments and mapping out maintenance periods for key access points, decision makers will form an adequate foundation of security for their building – all while gifting themselves peace of mind in the process.

To read other news stories and exclusives, see our latest issue here.