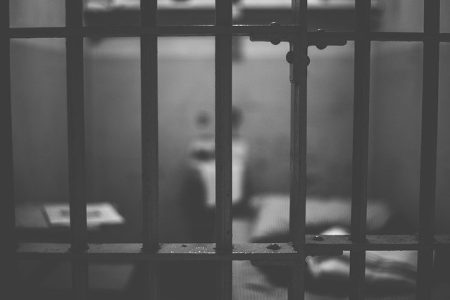 On 20 June last year, Khairi Saadallah stabbed James Furlong, Joseph Ritchie-Bennett, Dr David Wails and Stephen Young in a brutal attack as they sat with their friends in Forbury Gardens in Reading. He then rushed to another group who were sitting nearby and stabbed Patrick Edwards and Nishit Nisudan.  James Furlong, Joseph Ritchie-Bennett and David Wails suffered fatal injuries and died at the scene.

Saadallah pleaded guilty to all six counts at a hearing at the Old Bailey last year. He denied it was a terrorist attack but the prosecution argued it was terrorism related because, along with other evidence, eyewitnesses heard him say “Allahu Akbar” (‘God is great’) during and after the attack as he fled the park.

Head of the Special Crime and Counter Terrorism Division at the CPS Jenny Hopkins said:

“Khairi Saadallah carried out a brutal, pre-planned attack on groups of friends enjoying an evening in the park where they would have felt completely safe.

“As such, we were not prepared to accept his guilty pleas without a full acceptance of his motives to ensure the true nature of his actions were exposed, and the sentence reflected the seriousness of his actions and the level of danger he poses to the public.

“I want to thank all those who provided statements of what they saw that tragic day because they helped to secure these guilty pleas and sentence.

“I would like to pay great tribute to the families of James, Joseph and David.  They have suffered the most unimaginable loss and have conducted themselves with the utmost dignity throughout”.

A hearing took place in January before the judge so that he could decide if the murders were premediated and committed with a terrorist purpose. Today (11 January) Mr Justice Sweeney ruled that it was and sentenced Saadallah to a whole life term of imprisonment without eligibility for parole.

The prosecution presented evidence of Saadallah’s background relevant to the attack including his time as a solider with the rebel militia during the civil war in Libya in 2011. Such militias were associated with extremist ideologies and Saadallah admitted he had belonged to Ansar Al-Sharia, a group associated with Islamic extremism which was designated a terrorist organisation in the UK. Saadallah came to the UK in 2012 and between 2013 and 2019, he was convicted of various offences. In 2017, whilst in prison he regularly associated with Omar Brooks, a prominent radical preacher linked with the proscribed terrorist group Al-Muhajiroun, which promoted extremist Islamic ideology.

The court was shown CCTV footage taken three days before the attack of Saadallah visiting Forbury Park to carry out reconnaissance. Later that day, he visited a website that lead to an image of the Twin Towers being saved to his mobile phone. Two days before the murder he accessed a website that led to a flag associated with Islamic State also being saved onto the same device.

Where appropriate, offences such as murder can be sentenced as having ‘a terrorist connection’. An offence is deemed to be terrorism if it is committed to advance a political, religious, racial or ideological cause. The killings of Lee Rigby and Jo Cox MP were charged as murder but the prosecution proved that both had a terrorist connection. Those convicted are considered terrorists and the court has the power to sentence them as such.