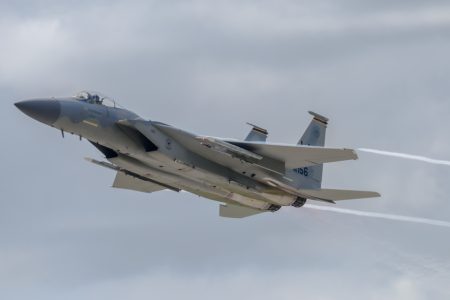 The aircraft, from 48th Fighter Wing based at RAF Lakenheath in Suffolk, crashed at around 09:30 on Monday morning.