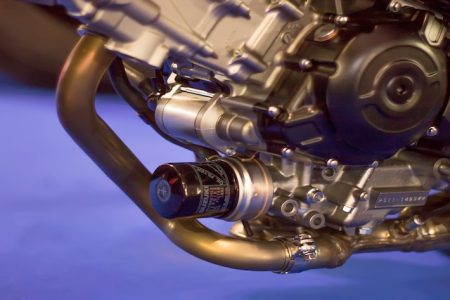 Secured by Design, the UK’s national police crime prevention initiative, will be supporting the Metropolitan Police at one of the biggest motorcycle shows in the country last week.

The Met’s Operation Venice team, who tackle scooter, moped and motorcycle crime, will have a stand at the MCN Carole Nash Motorcycle Show at the ExCel Exhibition Centre. Officers will be engaging with members of the public and vehicle owners who visit their stand to talk about how they can better protect their vehicles and what the Met is doing to tackle scooter, moped and motorcycle enabled crime.

Chief Inspector Jim Corbett, Operation Venice, said: “We are at the show because we want to prevent scooter theft and the show is the perfect opportunity for us to talk to the riding community and raise awareness and prevent these vehicles being stolen.”

Visitors to the stand will be able to enter a prize draw, with the chance to win motorcycle security products which are accredited by Secured by Design, having achieved Police Preferred Specification.

Secured by Design work closely with manufacturers, standards and certification bodies to ensure that their publicly available standards actually meet the needs of the police and public alike.   Products must be subject to rigorous testing and additionally be fully certificated by an independent, third-party certification body accredited by the United Kingdom Accreditation Service (UKAS) before being allowed to carry the Secured by Design logo – this is the only way for companies to obtain police accreditation for security-related products in the UK.

The Met will also be promoting their ‘Be Safe’ campaign, with the ‘Lock, Chain, Cover’ message reminding bike owners of the importance of using all three methods to protect their vehicles and deter moped enabled crimes in London.

As part of the campaign, the Met have launched an animated ‘Lock, chain, cover’ video based on a number of real life situations and crime reports that officers have successfully investigated. It shows how a stolen scooter can be used to commit multiple crimes around London affecting several victims. The video ends with the use of tactical contact and officers asking members of the public to lock, chain and cover their bikes to make their vehicles more secure.

In many cases, owners have inadequate security or no security at all on their scooters, making it easy for thieves to steal them and then use them to commit multiple snatch and robbery offences. Security measures alone cannot guarantee two-wheeled vehicles will not be stolen, but every step taken makes them less attractive to a thief.