Security in South Korea: The convergence of physical and cyber security 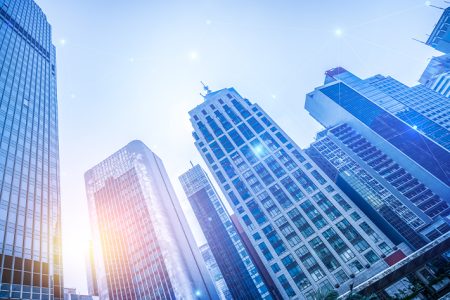 The demand for security convergence is on the rise as 4th Industrial Revolution factors such as Smart Factories, Smart Cities, and 5G commercialization urges communities to form a more connected society. This concept of a more connected society also applies to physical and cyber security, which makes the boundary between those two even harder to define. The Government in South Korea is planning to create the world’s first ‘5G Plus Strategy’, which introduces and develops the ten essential strategies as well as the demonstration of the five main services of the 5G technology. This shows the government’s strong will in obtaining global competitiveness through this advanced technology.

The development of AI, Deep-learning technology, Big Data, IoT, and ICT all contribute to the convergence of physical and cyber security, where AI and Intelligent surveillance are the main sectors. Intelligent surveillance systems made its appearance in 2010, using movement and ruleset-based pattern analysis. However, the system’s ‘reliability was often very low with false positives. The video analysis error rate reached up to 28.2%, in which the system was incapable of adapting to various environmental changes. Despite its shortcomings, the system is now improving rapidly as deep-learning technologies continue to evolve. A good example of this is the face recognition system, which is now almost as accurate as the human eye, at the accuracy rate of 95%.

However, as the hyperconnected society draws near, their defence system against cyber-attacks is also being enhanced. Starting off with the commercialization of 5G technology, concrete actions are being taken in order to form a new security infrastructure. Oh Yong-soo, Director of Cyber Security Policy Bureau, at the Ministry of Science and ICT, points out that “Cyber-attacks are threatening the real world, in which information, communication, and network-based attacks are paralyzing systems, extorting personal information, and reaching the stage where even wrecking the economy is possible”. Furthermore, cyber security threats are now being expanded into a new 5G technology-based industry, causing harm to one’s life and safety, as well as the economy at large.

Korea takes the lead in the world’s security convergence trend, enhancing the security of the converging industry

Smart City- Both ‘Hacking’ and ‘Security’ must be considered

A CCTV’s surveillance has become a very important resource in the 4th Industrial Revolution, where a CCTV Integrated Control Centre can be referred to as the ‘library’ of all relevant data. Video data analysis and reprocessing can both be used to provide services to Smart Factories and Smart Cities. As many are already aware, CCTV surveillance data has become an indispensable factor for constructing Smart Cities. However, not can CCTVs solely be used for surveillance, but by applying ICT, the entire city can stay connected- traffic, facility information, security-disaster monitoring and prevention can all be managed by one integrated management system. However, this integrated management system is currently not yet completed as it is in the process of searching for the common boundary between the market’s demand and technical competence.

The concept of physical and cyber security intelligent surveillance

The concept of physical and cyber security intelligent surveillance are both similar in a way that they react to threats by using big data analysis in real-time. In physical security, it is defined as categorising atypical and typical data or collecting the status metadata and IoT data in order to generate an outcome through deep learning. Intelligent surveillance in cyber security refers to the collection of data from each information security system and perceiving threats, through correlation analysis of various events and improving its responsiveness.

Amongst various attempts, the one which catches the eye is the ‘Selecting surveillance’- the subcategory of the intelligent surveillance system. Since the number of CCTVs being installed in local governments is on the rise and it is becoming more difficult for the controllers to control the countless number of events, it is crucial to introduce an AI based solution in order to reduce the loss of life and property as well as to provide a more reliable security service.

In a Smart City, its ICT based network is formed throughout the entire area. To construct the city’s safety net, the effective control and quick response between all CCTVs and their smartification are crucial. As a result, the country’s CCTV Integrated Control Centre is becoming a place for AI based ‘Selective surveillance’, in which the integration of AI face recognition in surveillance is found.

The video surveillance sector, which is the core of the 4th Industrial Revolution, aims to provide intelligent video security sensor service by merging with biometric identity solutions. The service plans to target single person households and the aging population, substantialising a welfare centred safe and secure society, with crime and disaster prevention and swift responsiveness. Furthermore, the unification of smart homes, building management and, financial services may result in a new profitable industry. Depending on the importance of video surveillance systems, video security and cyber security may also be integrated.