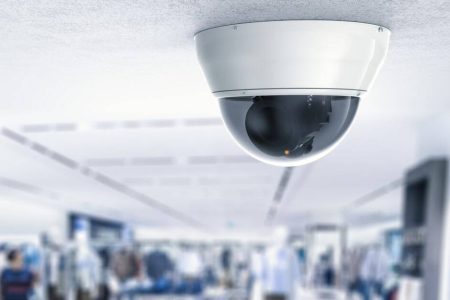 Video surveillance and its subsequent analytics has been a staple part of the retail security solution for a long time because of its ability to monitor all aspects of the retail environment from behind the scenes in the stock room and warehouse, to front of house.

We all know and appreciate the benefits of video surveillance and CCTV cameras in retail, but the use of video analytics is an emerging trend and technology, which, although has been available for some years, is only now becoming a fundamental part of securing stock, people and assets in a busy environment.

Retail security systems face a number of unique challenges to protect businesses from theft and loss prevention. Retail video analytics can help solve these problems and provide additional benefits, as well. Commercial video analytics is quickly becoming a necessary part of retail business, both for security and business analytics. Modern security cameras can identify people, objects and patterns in real-time, giving your business a powerful edge in the age of the Internet of Things.

Retail camera analytics can be done in real-time as well as on recorded footage. The software can be run on-board the cameras or on a central server, making video analytics for retail stores a versatile solution that will work for nearly any retail business, no matter the size.

One of the greatest difficulties in securing retail spaces is the prevention of theft and the apprehension of thieves when it does happen. Installing security cameras for retail stores has historically been a reactive solution – they’re used to identify the criminals after the fact – with one small exception. Retail video surveillance cameras can be installed in two ways: high- or low-visibility. Obvious security cameras help deter shoplifters and troublemakers – thieves think twice when they know they’re being watched. Unobtrusive cameras, on the other hand, don’t prevent theft – but they’re not as easily damaged, either.

Retail camera analytics reduce loss and shrinkage by taking a proactive approach to security rather than a reactive one. They do this by identifying four things in their feeds:

The object-counting functions in retail camera analytics can detect drastic changes on shelves in real-time, giving you the opportunity to stop thieves as soon as they try to leave. High-quality surveillance cameras – 3MP or better – can pick out facial features well enough to identify criminals if they do manage to slip away. Advanced appearance search functions provided by Avigilon will actively track an individual through recorded footage and identify them if they show up again, giving you the opportunity to alert the authorities and apprehend them on the spot.

There are several different core functions for video analytics such as:

Video analytics enables preventive measures by detecting the events that prove to be a precursor to any security incidents. These primarily include crowd behavior analysis as well as prediction of certain situations that may lead to security incidences such as spillage detection, unattended object left behind etc.

Some video analytics algorithms help raise the alarm on detection of some safety-related incidences such as fall detection, people scattering, shelf sweep or sweet-hearting etc.

Following are some common use cases which constitute most of the security incidences and go a long way in minimising the security issues for retail chains:

Loitering: This is one of the predictive threat detection algorithms, which takes into account tracking ID of the person and the time spent in the specific ‘Region of Interest (RoI)’ without any meaningful activity. When a person spends more than the required time at a specific location of a store it is likely to follow some or the other malpractices. This can be prevented using video analytics…