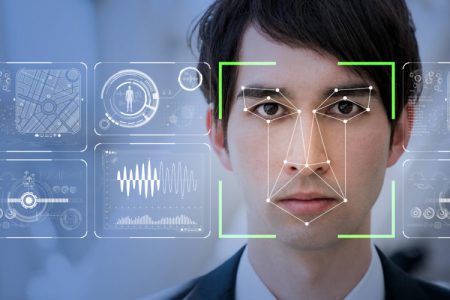 The 2020 business report released by the Ministry of Science and ICT (MSIT) together with Korea Communications Commission, consists of objectives such as ‘fortification of science and technology’, ‘Korea becoming the top-ranked country for DNA-based AI technology’, and ‘possession of strong media power. Where does privacy policy, de-identification technology, and AI cyber threat intelligent belong to? The previously mentioned belong to the AI sector’s list of set objectives.

A country with a strong foundation for science and technology
For the first time in history, the 2019 R&D budget surpassed approximately 16 billion dollars, increasing by 18%, which is twice the 9.1% increase of the government’s total expenses of 2019. One can state that such R&D budget is the result of the government’s policy which supports innovation growth.

With the assistance of government department’s R&D, MSIT, the managing department of R&D, plans to push the strategical investment of the nation’s R&D of approximately 20 billion dollars ahead. The core industries of innovation growth such as Bio Health· Future Car· Semiconductor, are to be supported by the government departments, where the budget will be provided via technology-policy-system package reinforcing the strategical investment of the R&D budget. Furthermore, in order to support young researchers, ‘Sejong Scientific Fellowship (tentative title)’ will be given to approximately 1,000 applicants between 2021 and 2025.

The government R&D will mainly invest in the 5 fields which carry great economic and social impacts. The five are Bio Health, Space, Energy, Material/Parts and Quantum Technology, where securing new self-supporting source technology of those five is the main reason for government R&D’s investment. Worth mentioning is the launch of CHOLLIAN satellite 2B  which provides the observation of fine dust from the geosynchronous orbit point. Another example worth mentioning is the launch of NURI, a domestically produced rocket. The two examples set the start line for Korea to become a powerful nation for space technology.

The Pioneer of DNA based innovation- South Korea, the No. 1 country for AI
Up until now, Korea concentrated on establishing the world’s best DNA platform along with a plan invigorate data and AI economy, world’s first 5G network commercialization, and the basic plan for AI. The starting point for Korea as a leading AI country began with the ‘National Strategy for AI’ since last December.

Special training will be provided in order to foster world’s finest AI and SW professionals who will be in charge of leading the 4th Industrial Revolution. Safe convergence and use of data are being expedited so that the Data Protection Regulations could be applied as soon as possible. The expansion of Big Data platforms (2019, 1458 types à 2020, 3094 types), the creation of data maps, and data voucher support (47 million dollars) all act as essential factors in expanding the domestic data industry to reach the 8 billion dollar target (7.4 billion dollars in 2019) along with the development of the de-identification technology and privacy policy.

The new Intelligent Semiconductor field, AI’s main technology development, will be starting off its research (1.7 billion dollars investment between 2020-2029) and development of AI sectors such as advanced Deep Learning. Funds exclusively for AI, enhanced support for computing power-supporting agencies (200 in 2019 à 800 in 2020), and AI integrated complexes (Gwangju- 324 million dollars) aim to support the growth of medium-sized enterprises and venture companies.

The support for AI and 5G infrastructure will be provided, where the 25 billion dollars investment (by 2022) will be made to public-private partnerships for the development of 5G related convergence services and tax credit. The hunt for Convergence AI projects and proliferation of AI usage on all economic and social sectors are to be carried out by ‘AI+X’. Related government departments, specialized agencies, and AI companies will select and carry out main projects which bear great economic ripple effects.

For a safe coexistence between the nation and AI, strategies strengthening the accessibility and application capabilities of the informational vulnerabilities, the establishment of AI ethics standards (2020), and of AI-based cyber threat response systems (2020), will be devised.

Korea, the strong media power nation, aims for a successful growth
Korean card readers, network, and its contents are all powerful factors supporting the domestic media industry’s competitiveness. The adoption of minimum regulations will allow domestic media platforms to innovate freely, following the footsteps of global enterprises such as Netflix and YouTube, and applying a more friendly pay-per-view cost regulations. Educational TV contents (5 million dollars in 2020), contents production such as short-form, one-person media (4 million dollars in 2020), contents appropriate for exportation, and foray into the global market will be supported.

‘We will strongly support policies which aim to make South Korea a Science and Technology powerhouse, a country ranking as number one for AI and digital media. Our aim is to create a future where everyone is content.’- Choi Kiyoung, the Minister of MSIT

Location details and the movement types are the essential tools for spotting criminals
‘Foreseeing crime’ was regarded as something unrealistic, but surprisingly enough, it is not something impossible. Based on past crime statistics and CCTV footages, Korean researchers are developing an AI system which automatically analyses the probability of a crime. Such systems are crucial for preventing crime and creating a safer living environment.

The Electronics and Telecommunications Research Institute (ETRI) is currently working on the ‘Predictive Video Surveillance Core Technology’, in which CCTV analysis foresees the probability and the type of crime. The present situation analysis and its comparison with the past crime data, will enable the system to calculate the degree of danger and act against it in advance. The prediction of assaults taking place at a certain time & place as well as crime details regarding criminals who have committed violent crimes, are to be actualized.

CCTV video analysis working hand in hand with statistical crime prediction system
To aim for a more effective foreseen public order, CCTV video analysis is currently being added onto the statistical crime predication system. In other words, if a crime prediction system was merely a tool to measure the risk based on the analysis of past crimes, this new technology manages to apply real time data and predict crime risk in minutes and hours. The devastating fact of how dangerous situations may be taking place in the present moment, was the trigger for the invention of such technology.

The disadvantage of past crime CCTV footages is that they fail to spot abnormal behaviors within the time given. It is for such reasons that researchers try to depict the current situation by referring to past crime patterns i.e. a Déjà vu of crimes committed in the past. Since finding crime prone areas with the naked eye is in many cases almost impossible, risk prediction analysis consisting of an AI analysis procedure is highly effective.

‘Intelligent CCTV Video Analysis Technology’ enables researchers to make an accurate observation of the current situation, where certain movements are determined by a simulation changing sound to an image. For example, the sound of footsteps determines whether the person is in a hurry or in a tranquil state. Visual intelligence technology offers clearer visibility on whether the person is wearing a hat, glasses, masks, carrying bags or tools on the screen.

An additional function of AI CCTV is comparing the current situation with past crimes in order to measure the level of danger. For example, if a man wearing a mask and a hat follows a woman along an obscure street at 2am, a high alert alarm will go off. On the contrary, if the same situation were to be observed in the town center at 2pm, the level of danger will decrease significantly. 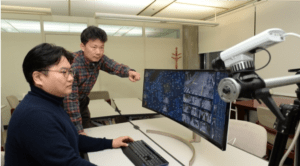 The Development of Crime Data study and the Management of sexual assault ex-convict
The AI technology in which a research is currently being conducted on, observes factors which appear on a crime scene. The research consists of over 20,000 court decisions analysis and videos provided by the Florida State University which contain crime simulations.

Furthermore, specific technology which deals with the management of sexual assault ex-convicts will also be thoroughly developed. Alarms dependent on location details is not to be fully relied on and using CCTVs for spotting criminals amidst a crowd of people is not accurate enough. For a more distinct identification of the victim, data from ETRI’s Person Re-ID (re-identification) technology and the route of those wearing electronic anklets, will be directly transferred to the nearest CCTV system. The result of such processes is clear- a more accurate management of those liable to committing crime and swifter actions against signs of crime. Criminal activities will be identified in real time once the above technology is applied to the CCTV Integrated Control Centre and Police Control System of the 229-local governments.

‘Our aim is to establish a futuristic cutting-edge social security system developed by a neural model where CCTV systems will not only be able to merely perceive crimes but also possess the ability to foresee and prevent up to 80% of crime risk.’- Kunwoo Kim, Director of Certification and Physical Security Research 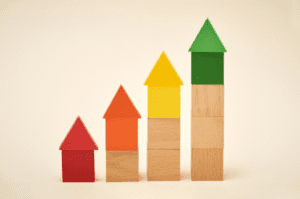 ICT technology developments such as AI, IoT, Deep Learning, Big Data, and Autonomous driving, allows for a more successful convergence of physical and cyber security. As security convergence is the trend of the current security industry, its development will enable the market to easily reach the target. The legal foundation which the Ministry of Science and ICT(MSIT) plans to lay, will eventually attract even more attention to this new trend.

Compared to 2018, the growth rate of physical security was slow, however, this year looks different. The vigorous development and demand for biometrics and access control foresees a much more dynamic growth compared to 2019. According to the public sector’s 2020 security equipment and service purchase demand, a demand of 452 million dollars is predicted to occur. On the other hand, cyber security market has also grown, where maintenance and consistent security service purchase demand rate has risen in large figures.

Since the central government and local governments are heavily focused on stopping the spread of COVID-19, the discharge of the public sector budget is predicted to rise dramatically during the latter half of the year. Such rise in the public sector budget will be attained through SECON & eGISEC 2020 (International Security Exhibition & Conference / 6-8 July), where a vast number of security related products and services are to be purchased.